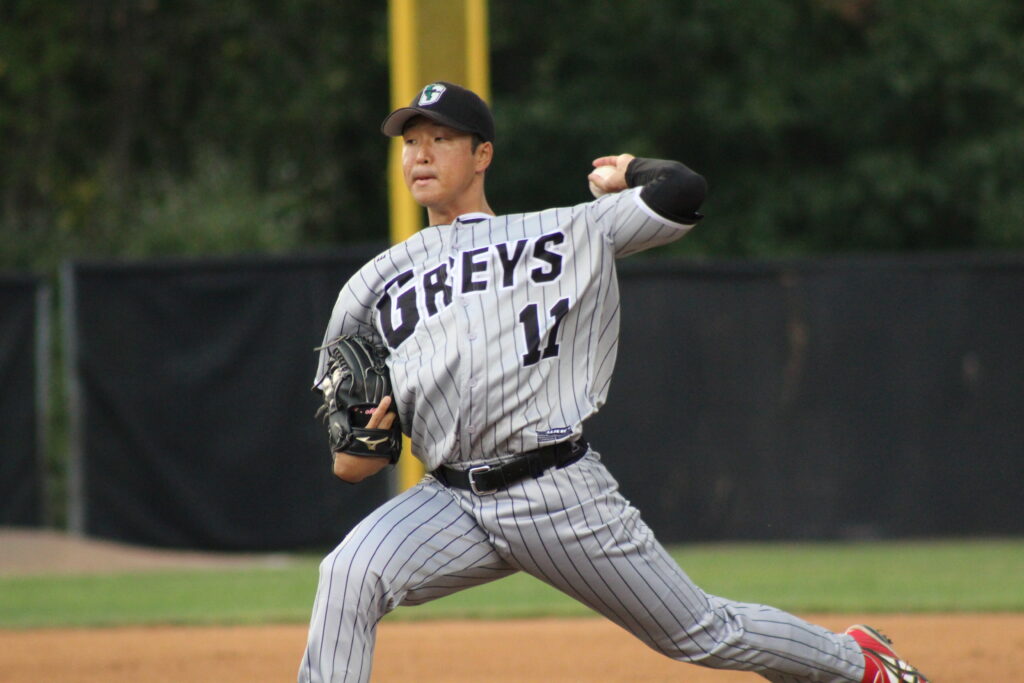 Little Falls, NJ — The New Jersey Jackals (41-41) entered Saturday’s tilt with the Empire State Greys (6-77), with their playoff hopes still very much alive, but needing to take care of business at home in order to make the necessary push.

Unfortunately for the red and black, the climb to the top got a bit steeper as the Jackals fell to the Greys by a score of 10-5 on the team’s final fireworks night at Yogi Berra Stadium.

The game started off well enough for the Jackals, with a leadoff home run by Edward Salcedo on the first pitch of the bottom of the first inning. The solo blast was his first with the team, extended his now six-game hitting streak, and gave the home side a 1-0 lead.

New Jersey’s second run came the very next frame with another moonshot to left field, this time off the bat of catcher Jason Agresti. The equalizing shot brought the score to 2-2, and would end up being the closest thing the Jackals would have to a lead for the rest of the contest.

From the top of the third inning to the middle of the eighth, Empire State outscored New Jersey eight to one, thanks to contributions from multiple sources. Four Greys had at least three hits in the game, including an incredible three-for-six day from third baseman John Benevolent, adding a double, triple, home run, two runs scored, and three RBI. Trey Woosley added a homer as
well within his trio of hits, to go with a pair of runs scored and RBI.

Taking on a starring role was former Jackal Mizuki Atkatsuka, who put together his best outing since coming over from Japan. The switch-pitcher operated exclusively with his right arm, tossing seven innings of three run baseball, on just six hits, one walk and six strikeouts, earning his first victory in the Frontier League.

Empire State and New Jersey will square off tomorrow at 2:05pm in the rubber match of the three-game series. You can stream the game live on FloSports.com for full video.