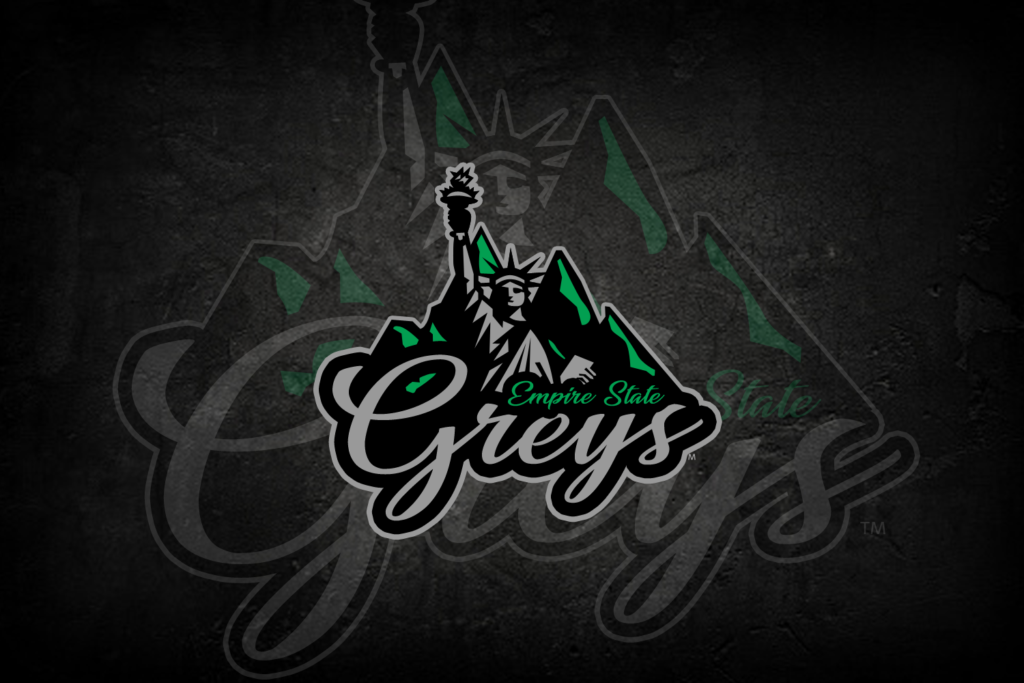 The Empire State Greys will play as an all road team from the Adirondack Mountains of New York where the Empire League professional Baseball Developmental League takes place.

The Empire League and the Frontier League are happy to work together to provide opportunities for younger ball players while competing at an extremely high level of professional baseball.

The Greys will be coached by Empire League executives and select coaching staff. The colors and logos have been revealed to be Grey, black and Green.

The Greys name comes from the fact that the team will always be wearing Grey pants as they will be a road team. The Black and Green comes from Empire Leagues colors.

For more on schedule, visit the schedule link above. Rosters will be formed through the Empire League camps and showcases as well as the Frontier League Tryouts and Draft together with the California Winter League development program.

For tryouts for the Empire State Greys, visit the Tryouts Link above.